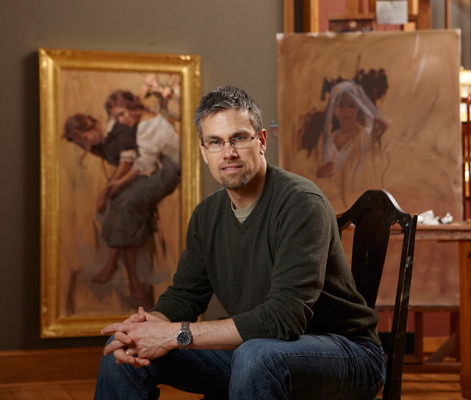 Growing up in Wisconsin, south of Lake Winnebago near Milwaukee, Dan Gerhartz began drawing as a teenager. He attended the American Academy of Art in Chicago from 1983-85, and then worked briefly in Chicago as a commercial artist.

His first gallery representations were Talisman Gallery in Bartlesville, Oklahoma, and Grapevine in Oklahoma City.

Achieving success, he moved back to Kewaskum, where he continues to live with his wife and children. A mentor has been Richard Schmid as well as John Singer Sargent. In June, 1998, he won the Robert Lougheed Memorial Award from the National Cowboy Hall of Fame's "Prix de West."