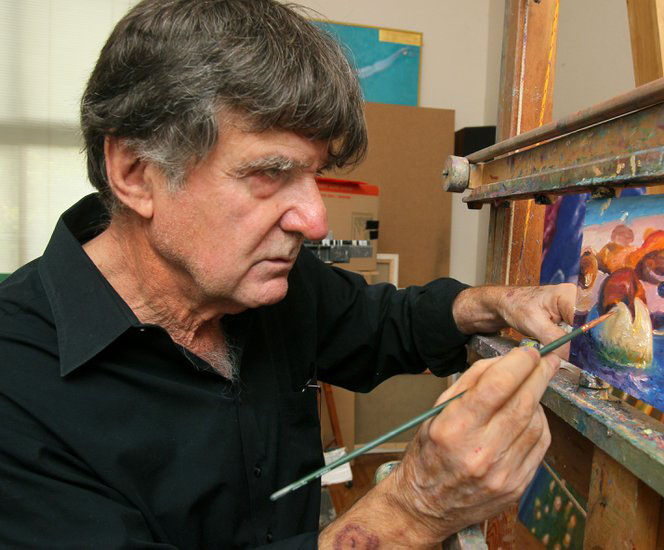 John Asaro is known for his colorful and light-filled paintings of the female figure. His subjects range from women in garden scenes to beach scenes to most recently female dancers.

Asaro studied at the Art Center College of Design in Pasadena, California from 1955 to 1958. He next attended the Art Students League in New York in 1959 studying with Frank Reilly. Asaro worked as an illustrator in Detroit, Los Angeles, and New York City from 1960 to 1973. The artist returned to Art Center College of Design as in instructor of painting until 1981 when Asaro decided to devote himself to his own fine art.