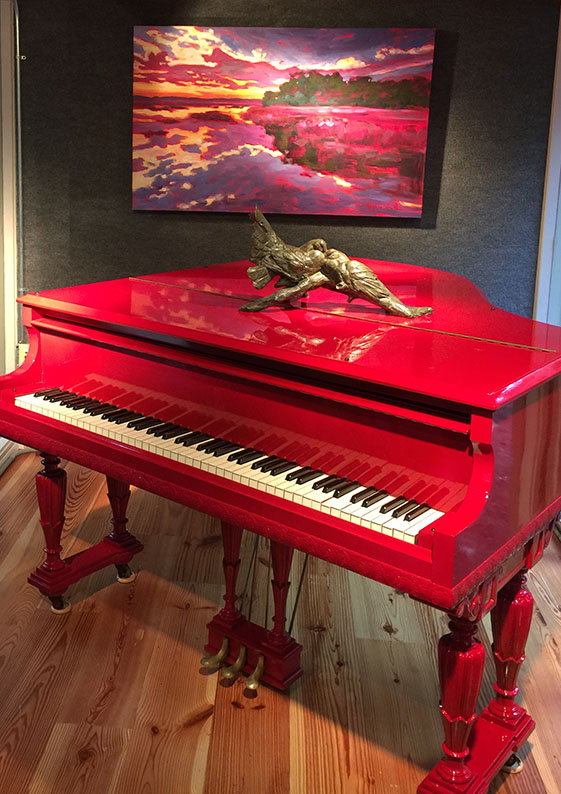 History of The Red Piano

Gallery founders Alan and Mary Palmer were avid collectors and jazz enthusiasts. Alan – a former illustrator for Coca Cola – played the saxophone, and the early years of the gallery featured works by Ralph Ballentine, Joe Bowler, Joe DeMers, Ray Ellis, Jim Palmer, Walter Palmer, George Plante and Coby Whitmore with champagne receptions around the famous “red piano”, a symbol of hot jazz. Sales during the early days of the gallery were sparse and the Palmers often referred to the business as the “piano in the red.”

Later, the gallery became a weekly meeting place for the historic Round Table, a group of prominent artists who brought in guest artists that included Ben Stahl, Reuben Tam and others. The gallery has also presented works by Andrew Wyeth and subsequent owners have embraced important 19th and 20th century American paintings for serious collectors from throughout the world.

In August 2002 the gallery was acquired by Morris & Whiteside Galleries, Inc., also of Hilton Head Island, and has since specialized in representational paintings and sculpture by the nation’s leading artists.